Brown Trout (Salmo trutta fario) is a trout which can be found in most of the Slovenian rivers running to east and belong to the Black Sea basin. In the recent decades, due to missmanagement by stocking rivers with Atlantic lineage of Brown Trout, the trend of rising river water temperatures and stocking of large amounts of Rainbow Trout, they have become pretty rare.

Despite all of that, there are still places where they can be found in large numbers and all kind of sizes; from tiny little beauties that reside high up in mountain creeks with minimal nutrition, to the big old mommas that can be found at tailouts of big pools in the middle stretches of rivers at dusk. Best rivers to fish for them are Sava Bohinjka, Sava Dolinka, Radovna, Tržiška Bistrica and Krka. 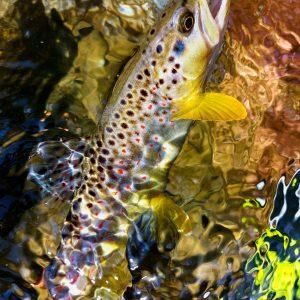 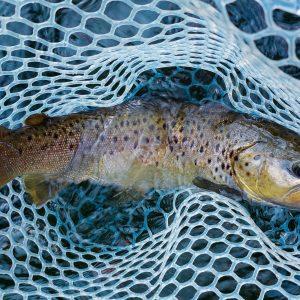 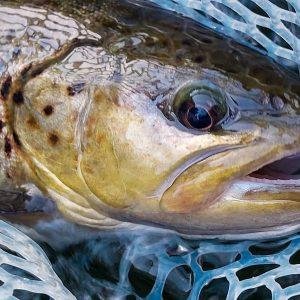 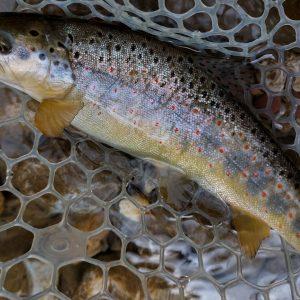