Huchen (Hucho hucho) is the indisputable King of Slovenian rivers and the biggest European Salmonid. With it’s immense size (largest specimen caught in recent times measured 135 cm and weight in at 26,9 kilograms) and unpredictable behaviour that suits a large predator, fishing for it presents the pinnacle of Fly fishing in this part of the world. Mosty active at dawn and dusk these ferocious salmonids go after all kinds of prey; small mammals like rodents, smaller waterfowl, sometimes amphibians and also reptiles, but the most numerous prey represent different fish species.

In Slovenia we fish for them between October 1st and February 15th in all major rivers that belong to Danube catchment; Sava, Krka, Kolpa, Savinja, Ljubljanica and Mura. It was right here where the first conservation measures for this species started to evolve which proves the high value this beast has always had amongst Slovenian fishermen. Partly due to that and partly because of a rich tradition, the rules for targeting this species are pretty strict. Most fishing clubs have an annual quota on how many individual fish can be taken before the fishing season is closed, but luckily majority of fishermen practise catch and release nowadays, so this is not a thing to worry about too much. The other one is more problematic; in most rivers or river stretches fishermen are only allowed to fish in pair with a member of the local fishing club, which makes Huchen fishing even more specific. 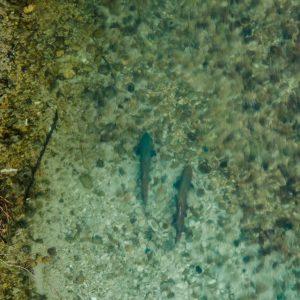 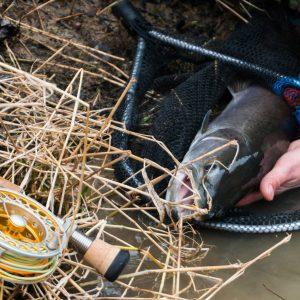 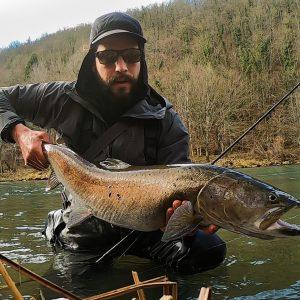 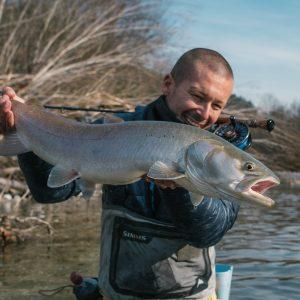