On paper, we are Leeway Collective, Institute for Promotion and Protection of Aquatic Ecosystems, a registered Slovenian NGO responsible for the Balkan River Defence movement, Balkan Rivers Tour projects and award winning documentaries and short films, including The Undamaged.

In person, we are…humans who are boundlessly curious about the natural world in which we play. Our respect for wild places motivates us to share and protect them.

Leeway Collective has evolved over time. From our organic start as crazy, semi-nomadic professional whitewater kayakers in 2014, to becoming an internationally recognized river conservation NGO. We are responsible for the biggest river conservation movement in Europe and are recently focusing our efforts on the power of film production to protect rivers and the delicate ecosystems and beings that depend on them – including humans.

Back in 2014 two whitewater kayakers and two media enthusiasts from Slovenia decided to join forces in order to document our stories and adventures from the rivers, the mountains and the woods. While searching for a name of this band, we decided on a descriptive one; Leeway is the freedom to take the action of one’s choosing, and the freedom to change plans.

We set out to simply capture experiences via film and photo – primarily whitewater kayaking but also backcountry skiing, flyfishing and rock climbing. But as our reach grew and our eyes opened, we realized we had the desire and ability to use our stories for more than just the popular concept of self-promotion; we wanted to promote the protection of the wild places we play.

We experienced the break of our second year dropping big waterfalls of Chile and Argentina. We brought cameras with us and filmed some of our escapades to later procude a film about why we do what we do in kayaks. Film “Why?” is not our top ranking film in technical sense, but we think it does justice to explaining how magical kayaking really is.

The year continued seeking whitewater and waterfalls in our extended backyard, the Balkan Peninsula. We discovered that the rivers of the region were threatened by plans for over 2.700 dams. As a biologist and professional whitewater kayaker, this deeply troubled Leeway Collective’s founder Rok Rozman. He needed to do something. So, he connected with local conservation NGO’s and planned the first known full descent of Albania’s the Vjosa River – the last big free flowing river in Europe – threatened by 33 dams. Through a documentary film One for the River: The Vjosa Story, photo exhibit and presentations, we shared the story of this incredible river, our exploratory kayaking trip and the fish sampling we did along the way. Momentum grew and there was a spike in interest in river conservation in the Balkans.

“Things were moving really fast after the Vjosa Story, and one Thursday night at an international river conference in Belgrade, Serbia, I made a beer-induced promise to the local people, that I would organize a kayaking tour that will connect all the small, grassroots river protection battles in the Balkans and share these wild rivers and the threats they face, with the world. In the southeastern Europe promises are taken seriously. Five months later Balkan Rivers Tour was born. This project would become the primary focus of Leeway Collective for the next six years and our little kayaking production crew became a registered NGO: Leeway Collective, Institute for Promotion and Protection of Aquatic Ecosystems.”

The success of Balkan Rivers Tours as an annual event eventually evolved into Balkan River Defence, a movement which connects outdoor sports, science, direct action and river conservation. We have proven to be an interesting obstacle to the unnecessary destruction of last free flowing rivers in Europe, influencing the cancelation of dams and the protection of environmental legislation. We also brought the issue of unnecessary dams in the Balkan to a global scale, partnering up with Patagonia for the Blue Heart of Europe Campaign. We have since organized 5 Balkan Rivers Tours, covering 10 countries and 43 rivers, with over 6.000 participants from 27 countries over the course of over 141 days, cumulatively.

Balkan River Defence has stayed true to Leeway Collective’s spirit, and we do our best to steer away from unwanted political influences and sticking to independent decision making and activities.

This was the year we released our film The Undamaged and toured the world with it, exposing the problem of daming last wild rivers. With each screening the movement was gaining momentum and crowds to stand up against unneccessary destruction.

As a tool of communication and inspiration, we have developed a solid media production including a great crew of photographers and film makers with which we produced award winning documentaries and mind-blowing imagery which has been featured on BBC, in newspapers and magazines around the world, and on national television stations in Slovenia and France. Our films have won 18 awards at international film festivals.

Through partnerships with multiple research projects we have developed a concept of combining our whitewater skills with science to create a survey and research sampling service. We offer this service to aid research groups reach and sample in remote areas and region that that would otherwise be in accessible.

We started sharing our unique insight into local rivers with fly fishermen from around the world who want to experience the magic of these rivers, while giving them a chance to learn about the mysterious scaled residents and their aquatic environments from a scientific, cultural and conservation perspective by fishing along-side biologist and Leeway Collective’s founder, Rok Rozman.

As the nature conservation scene evolves, we are turning our focus towards film production again as a main mean to reach people, influence conservation-related decision making and positive change and protection of rivers in Slovenia, the Balkans and abroad.

The most recent result of this approach is our upcomming feature-length documentary film about the Sava river and the problem of 10 newly proposed dams it is facing. 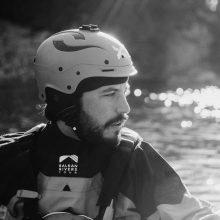 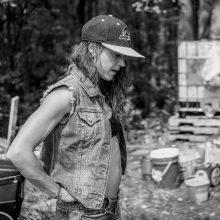